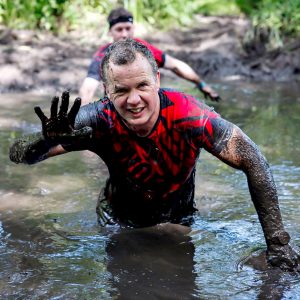 I'm always happy to hear from customers so if you'd like to find out about my services and prices please get in touch.

That Time We Blew Up a Guitar.

Ian ‘Mav’ Davies is a man that expertly drives Daleks up and down the M4 for the BBC, and today he’s had a brainwave.

An hour later we’re at the home of Keefa Chan of  Bambaroo Films.  He’s packing his RED camera into the van and I can’t believe my luck that we’ve got such a great cinematographer onboard with this craziness.

Another hour later and we’re being entertained by the genial Henry Brook at his RealSFX headquarters in Cardiff.  This is a man with some spare explosives in a box under his bed and he knows just how he wants to use them.
The guitar is unplayable, unrepairable and is about to go out in a BLAZE of GLORY.

A mound of rubble behind the unit is located by Keefa as the perfect location to conduct the Carnage.  The sky is blue and cloudy, the earth is grey and raw.
Ian sets up the additional digital camera and phone camera postions and prepares the makeshift set.  His professional demeanor gives off a whiff of the Executioner.
Meanwhile, a curious crowd begins to gather.  Storm crows, anticipating the maelstrom.
Henry opens up the belly of the condemmed and applies the Pyro with deliberate consideration.
I stand as close I dare. Waiting.

The future is about to be bright for this humble 6 string.